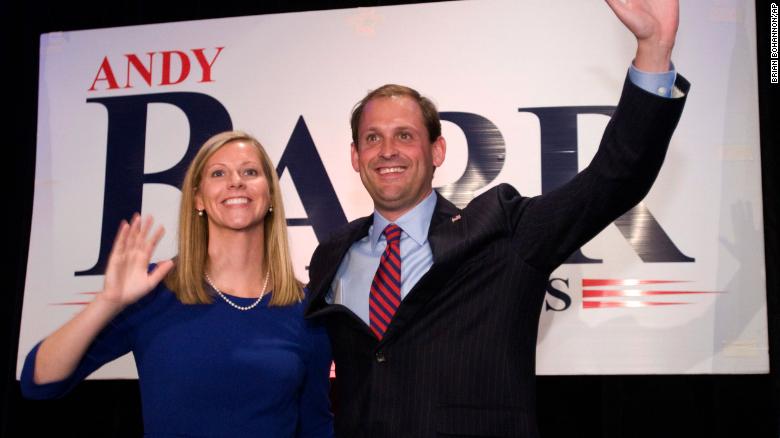 (CNN)   Carol Barr, wife of US Rep. Andy Barr of Kentucky, died suddenly in their Lexington home Tuesday night, according to the congressman’s office.

“Congressman Andy Barr’s wife Carol passed away suddenly tonight at the family home in Lexington. During this tragic time, we respectfully ask for privacy for Congressman Barr and his family to grieve Mrs. Barr being called home to heaven,” Mary Rosado, Barr’s chief of staff, wrote in a statement.

Carol Barr was 39 and is survived by two daughters — Eleanor and Mary Clay.

The cause of death was not immediately disclosed.

The key to making the perfect cup of coffee at home: a burr coffee grinder.

“Her contributions made Kentucky a better place for all of us,” the Kentucky Republican wrote. “We send our sincere condolences to Andy, their girls, and their family at this terribly painful time.”

Kentucky Gov. Andy Beshear tweeted he and his wife are “heartbroken” for Barr’s family.

“Britainy and I are heartbroken for U.S. Rep. Andy Barr and his family tonight at the sad news of the unexpected passing of the congressman’s wife, Carol. We are praying for the Barr family. ^ AB”

Carol Barr earned a bachelor’s degree from University of Kentucky and was a member of the College of Communication & Information National Advisory Board, according to the schools website. She was previously an executive director of the Henry Clay Center for Statesmanship beginning in 2009, according to the center.