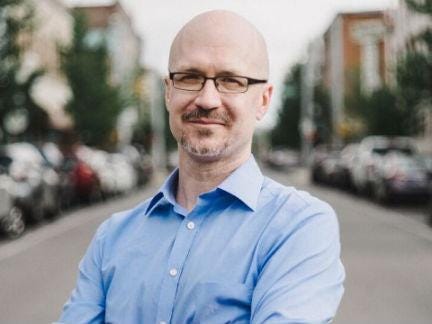 Dan Canon, a candidate for the US House of Representatives in Indiana, has a simple solution for curing America’s opioid crisis: Legalise pot.

“I think the criminalisation of marijuana is an anachronism,” Mr Canon told The Independent in a recent interview. “There’s just no place for it in 21st century America.”

Mr Canon, a music teacher turned civil rights lawyer who lives with his wife and two kids in Southern Indiana, claimed he’s not personally invested in legalising marijuana – “I never personally enjoyed using it,” he said – but took interest in the issue when some of his legal clients asked him about it.

More than two million Americans are currently dependent on opioids. The broad class of drugs includes both illegal street drugs, like heroin, and legal painkillers, like morphine, oxycodone or hydrocodone. The two variants share a sinister interplay: The majority of heroin addicts, studies show, start off by misusing their legal pain medication.

The consequences of this pattern are staggering: More than 90 people in the US die from an opioid overdose every day. Between 2002 and 2016, the number of fatal heroin overdoses alone jumped more than 500 per cent. As the crisis continues to worsen, experts forecast that almost 500,000 people could die from opioid use in the next 10 years. 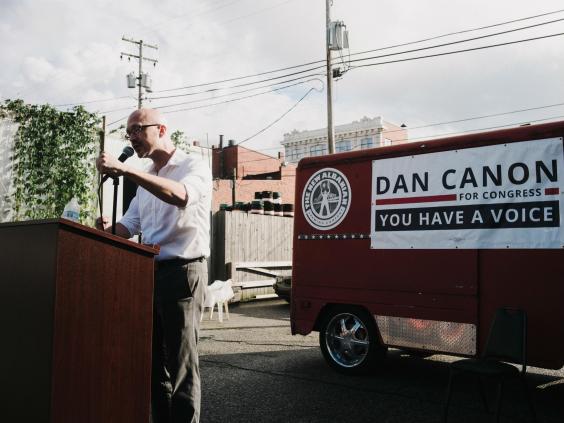 Mr Canon puts the blame for this crisis squarely at the feet of pharmaceutical companies. He claimed these companies push doctors to prescribe “fistfuls” of opioids to pain patients even when a natural, safer option already exists.

“In states where there is no medical marijuana available, like Indiana, you’ve got doctors that are left with no option but to prescribe these addictive pharmaceuticals instead of something that is safe, and legal, and natural, and has never caused an overdose death – ever,” he said.

Many of Mr Canon’s fellow lawyers have taken a similar position. Just this year, attorneys in Ohio, Illinois, Mississippi, New York and California all filed lawsuits against pharmaceutical companies, claiming they had overstated the benefits of opioids while downplaying the risks of addiction. In two of those cases, the drug manufacturer has already agreed to settle.

But Mr Canon is tackling the issue through a different kind of lawsuit. The 40-year-old currently represents three Kentuckians suing the state over its criminal ban on marijuana. Two of the three plaintiffs say marijuana helped them cure symptoms that would otherwise be treated by opioids.

“I’ve been out here using cannabis on a daily basis to deal with all the spinal problems I have,” Dan Seum, one of the complainants, told The Independent. He added: “It’s a hell of a lot easier to live with that than it is with the opioids.”

Mr Seum was prescribed opioids by his doctor after a botched back surgery. But the drugs, he said, made it impossible for him to function. They did little for his pain, disrupted his sleeping patterns, and made his thinking foggy. His day job – working as a high school football coach – felt nearly impossible. Cannabis was the only thing that cured the pain.

With marijuana in his system, however, Mr Seum said many doctors refused to treat him. That’s when he and the other plaintiffs decided to file suit.

“We just got desperate, and that’s when we found Dan,” Mr Seum said. “Thank God he stepped in.”

The Kentucky suit is still making its way through the courts. A circuit court judge threw the case out in September, but Mr Canon’s law firm filed an appeal shortly thereafter.

In the meantime, there’s some evidence to suggest that the plaintiffs are on the right track.

A 2015 review of more than 40 clinical trials published in the Journal of the American Medical Association found high-quality evidence that cannabis could be used to treat chronic pain, neuropathic pain and some symptoms of multiple sclerosis. Another study published in the same journal found states that legalised medical cannabis saw significantly lower rates of opioid overdoses.

The research on medical marijuana is still developing, however, and is riddled with red flags. The same study that found cannabis could treat pain also noted that it could produce serious side effects, ranging from chronic bronchitis to psychotic illness. Marijuana is also potentially addictive: One study found it creates significant problems in work, school or relationships for 9 per cent of adult users.

It’s also far from clear whether marijuana is the opioid crisis cure-all that Mr Canon wants it to be. Gary Franklin, a professor in the department of health services at the University of Washington, is just one of the medical marijuana sceptics.

“He’s got a big assumption in there,” Mr Franklin told The Independent of Mr Canon’s plan. “Number one, that marijuana helps pain, and number two, that if you use marijuana for pain, it would reduce your use of opioids.”

Mr Franklin says he’s seen no evidence that marijuana usage – even if it helps with pain – can reduce usage of opioids. On top of that, the drug is essentially useless in the setting where most people encounter opioids: the immediate aftermath of a serious injury or surgery.

“If someone comes in with an acute injury or needs surgery, they’re not going to give you marijuana,” Mr Franklin, who is also the medical director of the Washington State Department of Labour, said. “They’re going to give you opioids.” 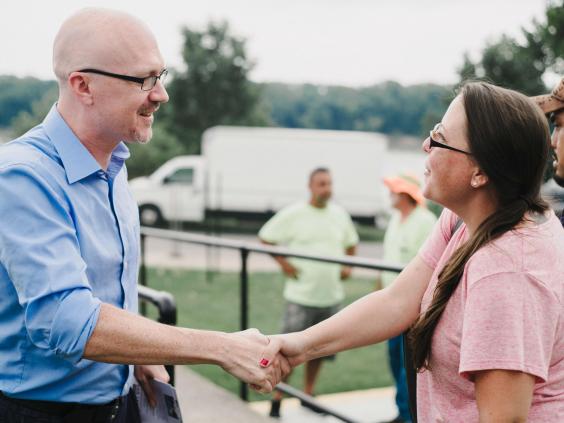 Luckily for Mr Canon, there is a long list of other reasons the candidate thinks legalising marijuana is a “no brainer”: It will create more jobs, reinvigorate family farms, and generate more tax revenue for states. Mr Canon points to Colorado, which made $506m (£379m) in tax revenue from legal marijuana in slightly over two years. Much of that revenue, he suggested, could go towards rehabilitation for opioid crisis victims.

If legalising one drug to stop the spread of another sounds counterintuitive, Mr Canon maintains that it’s not.

“You are legalising something that is safe and natural, and has never killed anyone ever to combat the spread of something that is killing a hundred people a day due to overdose,” he said. “I don’t think it’s too difficult to do the utilitarian calculus on that.”

It seems support for Mr Canon’s opinion is growing. A CBS News poll from April of this year found that 88 per cent of Americans favour legalising medical marijuana. Sixty-four per cent support legalising the drug for recreational use too, according to a Gallup poll from October – up four percentage points from the same time last year. Twenty-nine states and the District of Columbia now allow for medical marijuana use.

And as medical marijuana laws keep loosening, Mr Canon claimed, support for legalisation will only grow.

He added: “People can recognise good policy when they see it.”

One Reply to “Meet Dan Canon, the House candidate who wants to cure the opioid crisis by legalising marijuana”