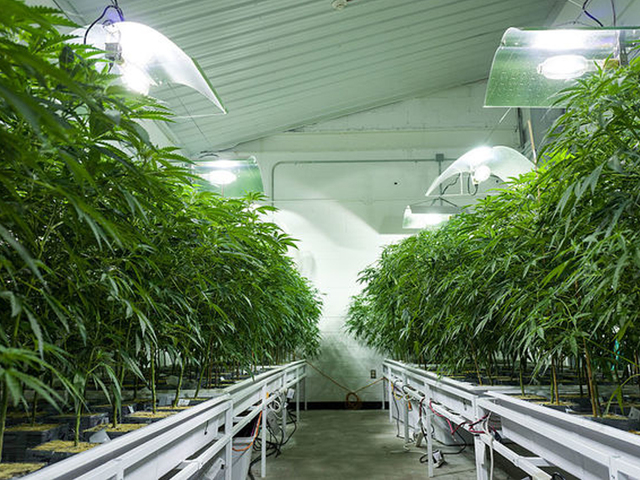 CINCINNATI – As Ohio’s medical marijuana program begins to take shape, Kentucky lawmakers are crafting their own plans legalize the drug in the Bluegrass state.

A bill introduced earlier this year would allow Kentuckians with certain medical conditions who receive a medical order from a doctor to legally use the cannabis in multiple forms.

If passed, Kentucky would be the 30th state to pass laws legalizing cannabis in some form.

Like Ohio’s newly passed program, the measure would prohibit Kentuckians from smoking medical cannabis. Vaping and the use of cannabis-based tinctures, oils and edibles would be allowed. So would home deliveries of medical cannabis — a detail not included in Ohio’s program.

As lawmakers continue to consider the measure in Frankfort, here’s a breakdown of key facts to know about the proposal:

Can Kentuckians grow their own medical marijuana?

Originally, the bill allowed qualified patients to have up to 12 mature cannabis plants and 12 seedlings in a locked, closed facility. But that piece of the plan drew opposition from lawmakers and law enforcement. Lawmakers are expected to unveil a reworked version of the bill this month that either scales back the number of plants or removes home grow options altogether.

Under the proposal, qualifying patients could receive up to a 90-day supply of medical marijuana delivered to their home from a “compassion center.” That’s the term used in the bill to describe any licensed business that “acquires, possesses, manufactures, delivers, transfers, transports, sells, supplies, or dispenses medical cannabis, usable medical cannabis, or related supplies and educational materials” to patients.

What medical conditions would the program cover?

Patients who have one of nearly 40 conditions and diseases would be allowed to use medical marijuana, under the bill’s original form.

Also, the drug could be used to treat: chronic or debilitating diseases or medical conditions that produces one (1) or more of the following: cachexia or wasting syndrome; severe, debilitating pain; severe nausea; seizures; or severe and persistent muscle spasms, including but not limited to those characteristic of multiple sclerosis.

As the measure has been debated, some lawmakers have argued that the list is too expansive. Ohio’s program includes 26 conditions.

Who supports the plan?

Among the biggest supporters is Kentucky’s Secretary of State Alison Grimes. In late 2017 she formed a task force to explore legislative options.

One Reply to “Is home delivery for medical marijuana coming to Kentucky?”