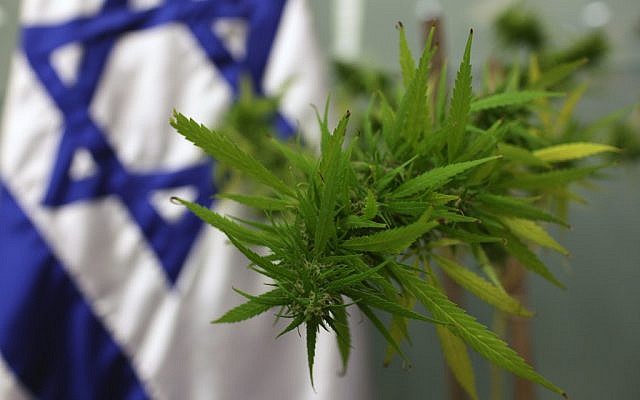 Experts says country could lose out on becoming world leader in sector worth over $1 billion, ready to share know-how with foreign partners, if restrictive policies remain in place.

In February, a media report said that Netanyahu halted a plan to export medical marijuana for fear of upsetting US President Donald Trump, even as ministers have valued the export market at more than $1 billion annually.

“The government is missing out on a massive opportunity to become the world leader [in the sector],” said Saul Kaye, CEO of CannaTech and ICAN Israel, at a cannabis innovation conference in Tel Aviv on Monday. “This is a mature robust R&D-focused opportunity that is looking to globalize. So, if the government misses out, we’ll all end up working in Slovenia.”

ICAN is a pharmaceutical company that invests in cannabis products.

Israel is known as a pioneer in cannabis research. Hebrew University’s Prof. Raphael Mechoulam kick-started the field in 1964, when he discovered tetrahydrocannabinol, or THC, the main psychoactive constituent of cannabis. To date, Canada is the only country that has approved the export of medical marijuana.

Speakers at the press conference said that the companies operating in the field are already circumventing the ban by setting up joint ventures abroad and exporting the technology, if not the medication itself.  In that case, Israel is missing out both on jobs and on tax revenues they said, as the technology would be transferred outside of Israel.

“We are partnering on production with one company in Europe and another company in Oregon, so we are actually doing technology export out of Israel, technology transfer,” said Avihu Tamir, the founder and CEO of Kanabo Research, a medical cannabis R&D company based in Tel Aviv that focuses on creating intellectual property for inhaling the drug through vaporizers. “We are taking Israeli technology we developed here, and producing it outside, affecting Israel obviously, by losing jobs and income, but as a company we have the solutions outside.”

Ma’ayan Weisberg, head of international relations at Tikkun Olam Ltd. — which holds one-third of the medical cannabis market in Israel, supplying some 12,000 patients a year, over 800 of them children — said that they are also prepared to share the knowledge and data and IP they have accumulated over the years with foreign partners.

“It is a shame the government here is not seeing the potential, because we do believe we are able to provide so much work and income for this country,” she said.

Israeli medical cannabis company Medivie Therapeutic said earlier this month that it closed a $110 million deal to grow and produce medical cannabis for a European buyer, in what it said was the biggest agreement of its kind to be signed in Israel to date.

Medivie said, however, that the location of the fields will depend on whether the Israeli government approves the export of medical marijuana or not, and warned that should Israel not allow exports it wouldn’t hesitate to transfer its activity and knowledge abroad.

A government committee in Israel had determined that the export of cannabis would bring between $285 million to $1.14 billion a year to the Israeli economy, according to the report.

An estimated 50 Israeli medical marijuana companies work in cultivating plants or producing delivery devices for the drug, according to Reuters.

Yona Levy, of Alvit, a cannabis-based pharma company, said that with their zigzagging policies, Israeli regulators give Israel a bad name.

“We don’t look serious,” Levy said at the press conference. He added that regulators should not change direction due to political considerations, which have “nothing to do with what is needed,” especially when investors have poured money and time and resources into the field.

The speakers said that they have been approached from companies and governments globally, including India, Argentina, Mexico and Colombia, regarding their developments, and also ask about what should be the regulatory does and don’ts of a medical cannabis ecosystem.

The export ban has already resulted in a slowing down of investment, said CannaTech’s Kaye. “Money will flow elsewhere, and expertise will go where the money is.”

Over 800 participants from 40 countries were said to attend the two-day CannaTech conference held in Tel Aviv, discussing industry topics from medical research and investment to regulation in the sector.

Officials at the Prime Minister’s Office had no comment on the current ban.