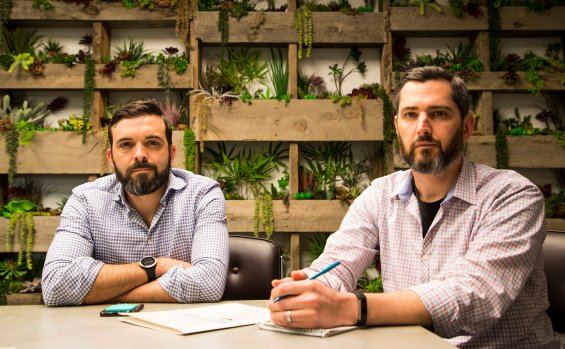 More than 100 people across the country, from a writer in Orange County to a policy expert in Massachusetts, were affected by Wednesday’s cuts.

“Today was my toughest day during my tenure as CEO,” wrote Weedmaps’ leader, Chris Beals, on Twitter as he announced the cuts.

Beals declined to discuss if, or how, the layoffs were connected to the financial hit that Weedmaps presumably faces if it follows through on a promise to drop hundreds of unlicensed advertisers from its site by the end of the year.

In a press release, Beals blamed the layoffs on a slower-than-expected embrace of legal cannabis by new states over the past year. He also cited a tightening of the tech and cannabis capital markets, which he said has made it tough to land investments to support his company’s growth. And he said states such as Massachusetts that recently have legalized marijuana have been too slow to issue licenses to support a stable industry.

“In our own home state of California, three years after Proposition 64 legalized recreational use (of cannabis), it is disheartening to see 75% of cities and counties not allow cannabis retail sales and California lag behind other legalized states,” Beals said.

Weedmaps is one of the most influential cannabis companies in the world. And it got there in large part by promoting unlicensed shops and delivery services, which it’s done since launching its Yelp-like service in 2008.

The company held to that business model even after California voted in 2016 to legalize recreational cannabis. In early 2018, the state’s Bureau of Cannabis Control sent Weedmaps a cease-and-desist letter telling the company that it was breaking state law by selling advertising space to unlicensed operators, who have a financial advantage over their licensed competitors because they don’t pay taxes or spend money on other costs associated with operating legally. Weedmaps fought back at the time, citing protections for technology companies.

Illegal shops are still listed on Weedmaps.com, even though Gov. Gavin Newsom signed a bill in July that lets state regulators fine unlicensed parties up to $30,000 per violation for each day that they’re defying state cannabis laws.

By operating in defiance of state law, Irvine-based Weedmaps has maintained market share in the world of online marijuana advertising. Competitors, such as Leafly, voluntarily dropped illicit businesses nearly two years ago.

In August, shortly after Newsom said the state could issue daily fines, Weedmaps announced that it would phase out its unlicensed ads by the end of the year.

Meanwhile, illicit cannabis operators continue to thrive, cutting into the tax revenue that California expected to receive from the new industry — money that is earmarked for cannabis-related research, education programs and more.

Unlicensed cannabis companies also pose public health threats. This year, people using unregulated vaping products have suffered lung problems connected to 33 deaths and 1,479 hospitalizations across the country. Some of those patients have said they purchased products at stores they found via Weedmaps.

When pressed for updates on removing illicit shops from Weedmaps, Beals said Thursday that the company has “stopped allowing new advertisers on the platform without providing license information.” Beals said Weedmaps has made “good progress on existing advertisers updating license information or coming off the platform,” and added that the company is “confident we will have completed the transition by the end of year.”

On Thursday, a map on the website showed ads for dozens of dispensaries in several Southern California cities — from Anaheim to Whittier to Ontario — where cannabis retailers are outlawed.

One former employee believes that in addition to the pending loss of revenue as the company culls unlicensed advertisers, the company also has taken a financial hit from its sponsorship of the Museum of Weed project in Los Angeles — a claim that Weedmaps officials dispute.

In November, when the museum was announced in partnership with Vice Media, the plan was to open in early 2019. At the time the museum was not described as a temporary exhibit. But in June, when Weedmaps announced an opening date for the delayed project, it was billed as a pop-up exhibit to run Aug. 1 through Sept. 29. Beals said Thursday that the company opted to extend the museum’s run through the end of October “given the success we were seeing,” and added that it was always intended to be a temporary project.

Other employees said they were shocked by the layoffs, even though they expected some adjustments as the company changed its business model. Some said security guards were waiting to immediately escort pink-slipped workers out of the Irvine headquarters, while others were notified they’d been laid off via email. Employees said they received a couple months of severance pay.

Beals said engineering, product and design teams were least affected by the layoffs, since that’s where Weedmaps will be focusing its efforts going forward. He said the company aims to expand software it is creating to help cannabis business stay compliant with local laws and to streamline operations.

“We will continue to grow and drive forward,” Beals said.